Tipsy In The Void

Is the Edwardian Fashion all about ‘Gibson Girl’? 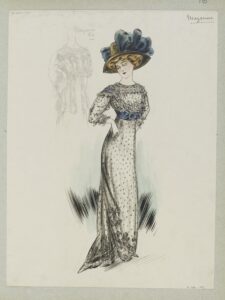 When picturing ‘Edwardian’ there must be a image coming into your mind, something like this:

It’s a picture of a costume, but you get the gist. A ‘Gibson girl hairstyle’ a ‘Gibson blouse’ and an ‘Edwardian walking skirt’ and maybe some random wide hat. Hmmm well yeah, and no, that’s not all about Edwardian fashion.

Let’s first start with defining what is the “Edwardian” period. It’s…kind of tricky.

“The Edwardian era or Edwardian period of British history spanned the reign of King Edward VII, 1901 to 1910, and is sometimes extended to the start of the First World War. ”  —- Wikipedia

Some called the year 1910 to 1912 Titanic period (aka what we saw Rose was wearing in the movie ‘Titanic’).  And there is also La Belle Epoque, defined by the greatest source for lazy people (like me), Wikipedia as from 1880 to WWI (1914). Some bonus information: This also overlaps with the First Wave Feminism movement, when Suffrages and Suffragettes were fighting their way to get their rights to vote, something that should have been obvious but surprisingly ignored by at least half of the population; and alas the prohibition movement in the US which eventually lead to, well, the prohibition (and decades of poisoning by contaminated alcohol and street crime).

Secondly, who are the ‘Gibson girl’? The Gibson girl came from a series of female images created by an American artist Charles Dana Gibson.  Generally speaking, this Gibson girl is different from the former kinds of ladies, she is a ‘new woman’, slender, more athletic-shaped, fashionable, witty but surely not as confrontational as the (admirable) suffragettes. I always found it amusing how a type of girls created by an American artist symbolizes the Edwardian Era, named from a British monarch.

But the stock photo shown above does represent how women create their looks back then. And interestingly, I don’t think it looks quite the same as the Gibson illustration. Here is a film recorded in 1904 . The blouse/shirt-skirt combination became popular in the Edwardian era, from upper-class to working-class, everyone enjoyed wearing this succinct look during the day.

O wait, you forgot how fussy the Edwardians can be, those people don’t mess around all day with only one set of outfit…How about morning gown, tea gown, evening gown, ball gown and court dress and…

And that will be the topic of another article…eventually. 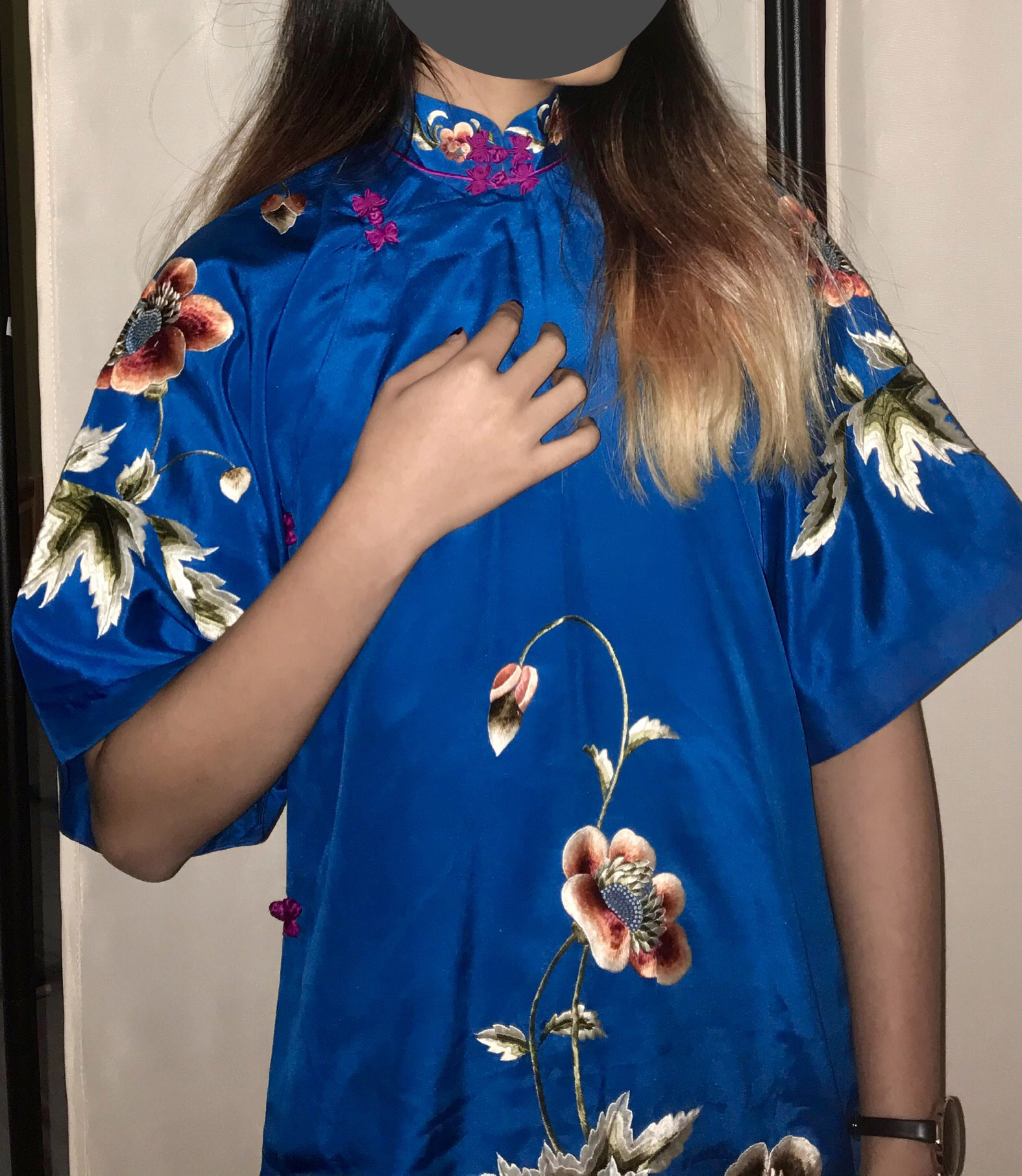 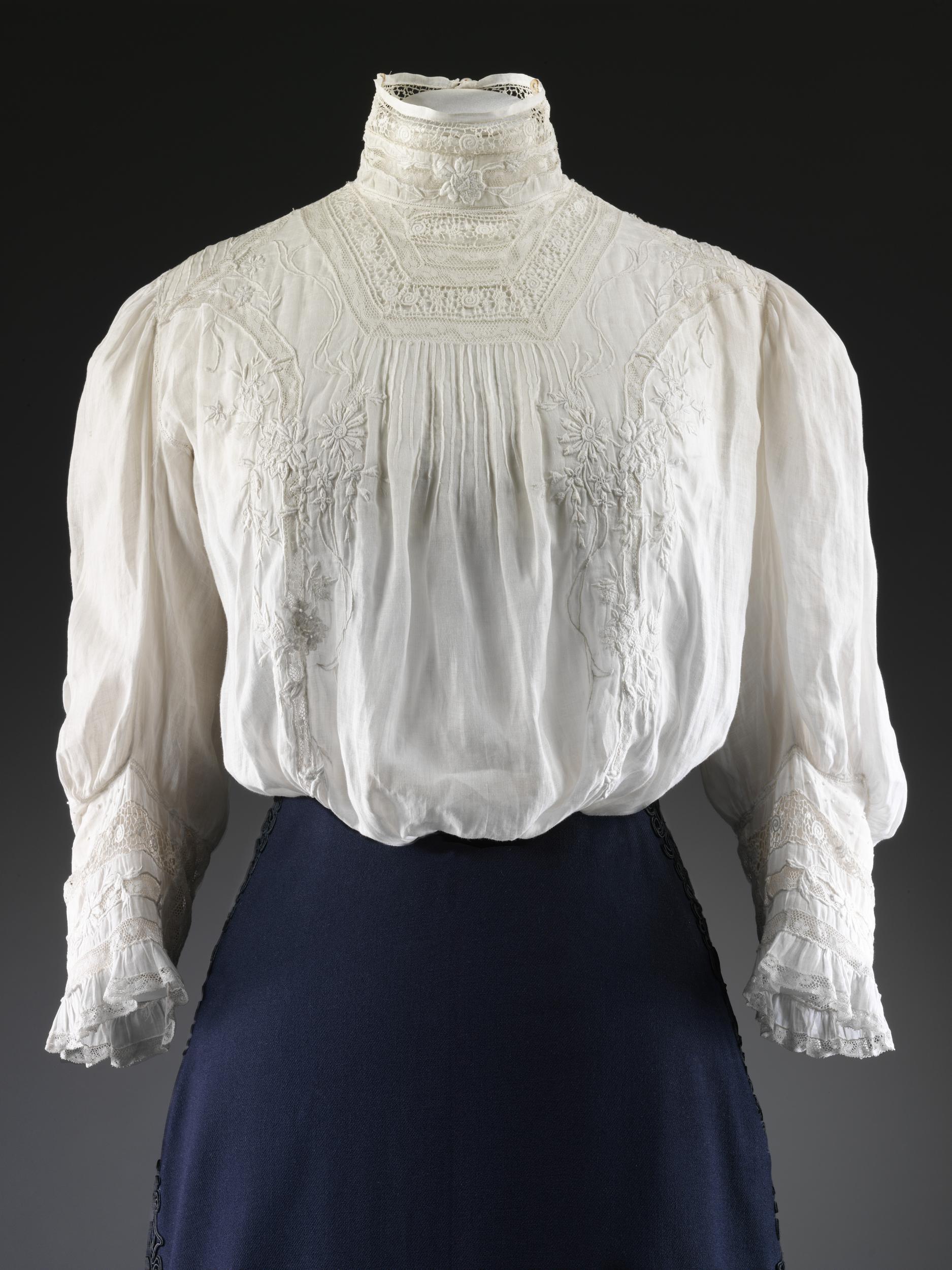 1 thought on “Is the Edwardian Fashion all about ‘Gibson Girl’?”

Hello! And welcome to the personal blog of Sylvie Lam (the nom de plume of S.L.). I’m a neuroscience student major in having too many hobbies. I’m interested in playing and creating music, mixology (as we all know they’re potions), and clothes that are older than me and are black.

I will be sharing articles about my hobbies, historical clothing, also my film photography works (and other things to be decided) here. Contents would be half mandarin half English.